January symbolises the beginning of a New Year and a time to set out (and hopefully stick to!) some New Year’s Resolutions.

However, there is more to January than just new beginnings.

January was established as the first month of the year by the Roman calendar. It was named after the god Janus (the Latin word for door). Janus has two faces which allowed him to look both backwards into the old year and forwards into the new one at the same time.

In the very earliest Roman Calendars, there were no months of January or February at all. The ancient Roman calendar had only ten months and the new year started the year on 1st March. To the Romans, ten was a very important number. Even when January was added, the New Year continued to start in March. It remained so in England and her colonies until about 200 years ago!

January regularly produces frost, ice and snow and is the chilliest month of the year in Britain. St Hilary’s feast day on 13th January has gained the reputation of being the coldest day of the year due to past cold events starting on or around this date.

January is generous with plenty of fascinating festivities and National Days to keep you entertained.

Kicking off with both Veganuary and Dry January, both offering up credentials for a sure-fire way to stay healthy and burn off some of those excess pounds, possibly gained from overindulgence during the mince pie and Christmas pudding eating season!

Delving a little deeper into the month, there’s National Shortbread Day on 6th, National Cheese Lovers Day on 20th ,Chinese New Year (Year of the Rabbit) on 22nd and Burn’s Night on 25th.

Don’t be put off by Blue Monday on 16th January – The day was coined as this time of year is considered depressing after overindulging at Christmas time and feeling guilty about not sticking to new year’s resolutions. It also feels like payday is a long way away! Why not give yourself something to look forward too, like booking a summer holiday, spending those gift vouchers you got for Christmas, or making yourself a nice dinner with one of our recipes? Read our article here on how to save money and food waste this year. 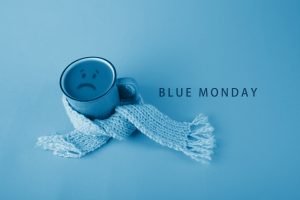 So, the big question; Are New Year’s Resolutions worth setting?

There are a lot of varying percentages when it comes to averaging the number of people that are successful in achieving their New Year Resolutions.

So perhaps you need to get a gym buddy, write down realistic goals, or listen to motivational podcasts to keep your goals on track, then you’ll have more chance of sticking to them! You could also try creating incentives for yourself, do something to make the tasks or goals more fun and remember it’s not always about the overall outcome but the process of achieving something!

Some other useful things to know about January…

What British foods are in season in January?

Carnations and snowdrops are the two birth flowers most associated with January.

What is the birthstone for January?

What is the most valuable resource? For Capricorn, the answer is clear: Time. Capricorn is climbing the mountain straight to the top and knows that patience, perseverance, and dedication is the only way to scale. The last earth sign of the zodiac, Capricorn, is represented by the sea goat, a mythological creature with the body of a goat and the tail of a fish. Accordingly, Capricorns are skilled at navigating both the material and emotional realms.

Despite the “aqua” in its name, Aquarius is actually the last air sign of the zodiac. Innovative, progressive, and shamelessly revolutionary, Aquarius is represented by the water bearer, the mystical healer who bestows water, or life, upon the land. Accordingly, Aquarius is the most humanitarian astrological sign. At the end of the day, Aquarius is dedicated to making the world a better place.

See all news
← Hampers of Hope helps local residents this December...
How to save money and food waste this January →