The release of this year’s climate report from the IPCC (the UN’s Intergovernmental Panel on Climate Change) made for sober reading and reminds us all of the need to take action to help our planet right now!

The report stated that human influence was unequivocally to blame for warming the planet and delivering some bleak warnings about what this will likely lead to. It also set a series of sustainability goals and later announced that the world’s co-ops were in a unique position to help to achieve them.

UN Secretary-General António Guterres, described the situation as a “code red for humanity” and that we can all expect increasingly extreme heatwaves, droughts and flooding across the globe.

Climate change certainly isn’t a new concept and things will only get worse if the world doesn’t make changes. Shocking wildfires in Australia and severe flooding in Indonesia are recent and bleak examples of a fraught future. There are examples closer to home too; including the flooding in Yorkshire in 2015 and 2019; both incidents caused devastation for many.

These occurrences make for gloomy reading and companies everywhere need to consider their plan to try and shift the ‘business as usual’ approach.

Co-ops across the world have been looking to reduce their environmental impact for years. For example, in Switzerland, Co-op Schweiz put environmental protection into its statutes in 1973. A decade ago, The UK’s Co-op Group unveiled a flagship new building that was one of the few buildings in the world to receive an ‘outstanding’ BREEAM rating for sustainability performance. In the east, the Japanese Consumer Co-op pledged to reduce CO2 emissions by 40%.

Similar efforts are taking place in over a million co-operative societies worldwide. Case Studies are available to read HERE.

Closer to home, with concern for the community being at the heart of our Society, this year Chelmsford Star has achieved its 5-year target of reducing electrical usage by 25% (ahead of schedule) and we’ve diverted 99% of the waste produced away from landfill.

Jo Kerr (Head of Food) said, “We have also added soft plastic recycling points to our food stores and hope to soon begin a trial with solar panels being added to some of our stores in a bid to further reduce our carbon footprint.”

To find out which stores you can take your soft plastics to for recycling CLICK HERE.

One easy way we can all do a little bit to fight against climate change is to choose Fairtrade products; supporting farmers during the climate crisis. Not only does this simple action mean fairer wages for the farmers and workers behind the product but also, because of the strict Fairtrade standards, it means they can make more positive choices for the environment and their communities. By choosing Fairtrade you are also assisting and supporting our environment by allowing these farmers to: 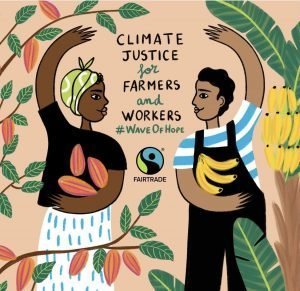 Globally, over a million co-operative enterprises have been doing their bit for the planet for decades. We call this ‘the co-op difference’. Now it’s time for more traditional businesses to follow our lead.

Together we can get through this.

See all news
← Join in with 'Great Big Green Week' and stand up for climate justice...
Our Sustainability Commitment →