Bonfire Night, also known in the UK as Guy Fawkes Night (or Guy Fawkes Day), ignites every November 5 to mark the failed 17th-century attempt to blow up Parliament and assassinate King James I.

You can mark the occasion by lighting your own bonfire, going to a fireworks show, or learning more about the Gunpowder Plot.

It’s a story of intrigue, betrayal and political assassination to rival anything on Netflix. In the UK, Bonfire Night commemorates a story of failure. All over the UK, people relive the night Guy Fawkes, Robert Catesby, and a small band of co-conspirators failed in their attempt to blow up the Parliament building and assassinate King James I in 1605.

What came to be known as the “Gunpowder Plot” was hatched out of an uncontrollable anger against the king for his growing intolerance against Catholics in response to the ever-expanding Church of England, headed by the king himself. Fawkes and Catesby were both ardent Catholics who felt that Catholicism could only be reinstated after armed struggle. So, the plot involved blowing up the Palace of Westminster on the opening day of Parliament when the king was in attendance.

The plot was eventually discovered when an unknown member of the conspiracy got cold feet and sent a letter to a member of Parliament, warning him away from the building that night.  After a brief struggle, Fawkes and his group were taken into custody. On the very night of the failed plot, British citizens lit bonfires all over London in celebration. Fawkes and the co-conspirators were convicted of treason, which meant a slow, torturous death of being “drawn and quartered.” (However, Guy Fawkes jumped to his death seconds before his execution.)  After the failed coup, Parliament declared November 5 as a “day of thanksgiving” on its first observance in 1606 and it has since been commemorated as Bonfire Night.

In the UK most people attend large fireworks displays at Bonfire Night festivals. People also light their own bonfires and set off fireworks. No matter where you do it, Bonfire Night is a big deal in Great Britain. 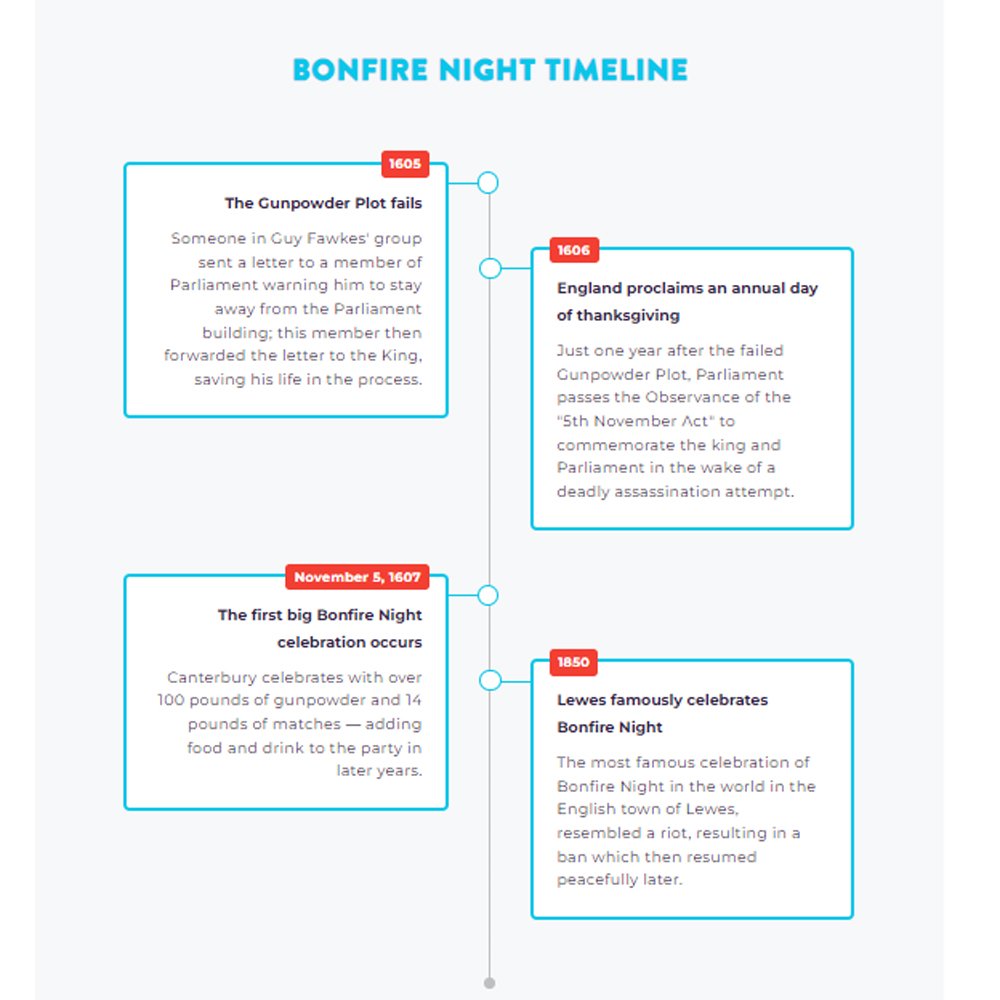 If you really want to go all out, you can cook sausages over your bonfire. However, if you want to celebrate Bonfire Night in an easier way, you can simply enjoy the traditional meal of bangers and mash.

Bonfire Night began the same year rebels tried to carry out the Gunpowder Plot. Many Londoners knew that the King’s life had been saved, triggering a bonfire celebration that very night.

3.    Attend a fireworks display near you– Here is a link to displays in Essex

Bonfire Night: How to keep your pets calm and safe – CLICK HERE