The warmth and longer days of summer has been replaced by a crisp chill and dark evenings, but the tougher winter months haven’t yet arrived, so this is the time for taking a relaxing stroll around a leaf-strewn landscape made up of yellows, reds, and oranges.

It’s also a great time to arrive home, get comfy and warm with a mug of hot chocolate and getting cosy with a good book.

Where did “November” come from?

Like some of the year’s other months, November was originally named for its position in the old Roman calendar. “Novem” means “nine” in Latin. After January and February were added to the calendar by Julius Caesar and Pope Gregory, November became the eleventh month of the year, but kept its old name.

Otherwise we’d have had to rename November “Undecimber” (from the Latin “undecim” for eleven. And having the old ninth month of the year renamed as the eleventh,  but coming before December – which still takes its name from when it was the tenth month of the year – would have been, frankly, a little bit confusing.

Don’t forget to start November with a bang!

Remember, remember the 5th of November…

In the UK the evening of November 5th is Guy Fawkes Night (or Bonfire Night). Every year, people get together to build bonfires, watch firework displays and remember that on this date in 1605 Guy Fawkes and his fellow Catholic conspirators were discovered and arrested before they could blow up the Houses of Parliament and kill King James with their “Gunpowder Plot”.

There’s something very funny and very British about celebrating the failure of a plot to use explosives in an assassination by having a big yearly party with a gigantic bonfire and loads of fireworks at its heart.

Traditionally on Bonfire Night, communities get together to create effigies – known as “Guys” – to burn on top of their local bonfire. These days, people use this as a chance to express their fierier feelings about an unpopular public figure of the day. I think it’s probably a safe bet that there’ll be an awful lot of effigies of politicians going up in flames across the UK this year.

Fruit and vegetables in season for November: 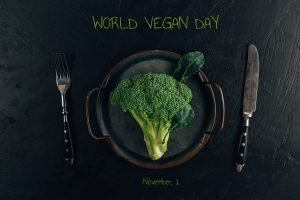 The UK will host the 26th UN Climate Change Conference of the Parties (COP26) in Glasgow from 31st October – 12th November.

The November birth flower is the chrysanthemum. One of the world’s most popular cut flowers because of its variety. Available in a huge spectrum of colours these flowers are thought to bring good luck and joy into any home!

Chrysanthemums were first cultivated in China in the 15th century. And are now so loved in both China and Japan, that they have their own special day dedicated to them which is called the Festival of Happiness.

As chrysanthemums come in so many different colours there are a lot of meanings surrounding them based on the shade. But, in general, they represent friendship, honesty and happiness!

Both topaz and citrine are the birthstones associated with the birth month of November. Topaz is the more common gemstone associated with November and comes in a variety of yellow hues. The name topaz comes from the Greek name for St. John’s Island located in the Red Sea, Topazios. This is because yellow gems were mined on this island, however they were likely not topaz.